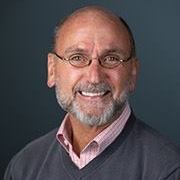 Jim Peters received a bachelor’s degree in government from Southern Illinois University at Carbondale and a law degree from the New England School of Law in Boston.

After practicing law for several years in his hometown of Quincy, Ill., Jim moved to Washington, D.C. where he turned to writing and publishing. In 1986, he published “Arlington National Cemetery: Shrine to America’s Heroes.” Now in its third edition, the book has been a best-selling book on Arlington Cemetery for more than 30 years.

After two decades in publishing and marketing, Jim joined the University of Kansas in 2005 as director of marketing for KU Continuing Education. In 2012, he was appointed director of KU’s Osher Institute. Now retired, Jim teaches courses on Arlington Cemetery, Harry Truman, Presidential Assassins, John Brown, Teddy Roosevelt, Eleanor Roosevelt and the Underground Railroad in Kansas.

Jim is also past president of the Lawrence Central Rotary Club.