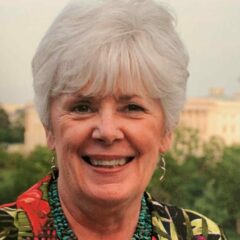 Graduate of Kansas University.  Moved back to Lawrence in 1977 after 10 years away. My husband, Mark, also a KU undergrad and KU School of Medicine graduate, decided that after his time in the Army Medical Corps we wanted to return to Kansas and raise our kids close to family. (We also loved KU basketball!)  We have two children, both KU graduates too, and 3 teenage grandchildren.

Elected to the Kansas House of Representatives and served 1991-93, when I was elected to the Kansas Senate, serving until 2003, including 2 years as Senate Vice President.  I was elected to serve as Kansas Insurance Commissioner and served in that role beginning in 2003 until 2015 when I retired from public office.  While insurance commissioner I served as president of the National Association of Insurance Commissioners in 2008.